What a treat? What a solid bass player?

I grew up listening to him play Santana’s Black Magic Women and  Black Market from Weather Report. You can also hear the legend of Alphonso on Phil Collins album debut  Face Value  that reached No. 1 on the UK Albums Chart for three weeks and No. 7 on the US Billboard 200. I strongly recommend to check out his bass lines on Billy Cobham’ s album Alivemutherforya also featuring Tom Scott.

And check out his bass lines on my track: Your Cute from my album Spanish Breeze ( Barcelona Music) 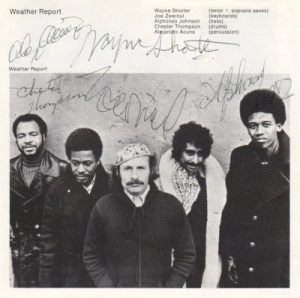 Therefore,  to actually end up recording with Alphonso,  in Michael Jackson’s studio where the album Bad came to life and not only that,  but having this legend study my music and follow my guidelines, was a true injection of confidence to my playing and music.

How did I meet Alphonso?

In 2000, he was touring Spain, sponsoring a bass and I was the backing guitarist in one of his shows. And, we became musical friends. A few years later I called him and asked  if he wanted to play on my album.

He listened to the tracks and said yes, so off I went to Los Angeles, U.S.A, to record with one of my favorite musicians of all times.  We spent 4 days in the studio, recording live all 12 tracks of my album Spanish Breeze. We actually recorded more than were released by the label,  but finally we choose these 12 tracks you can enjoy.

To my surprise when I arrived at the studio, Westlake studios in L.A, I was overwhelmed by hearing him play my music better than what I had written, because he had made changes to improve the overall result and groove.

Record live to get the band feel

He had also memorised most of my compositions. This is the way to go as you can perform your best when you know inside out, the parts you are going to play. Also, only when you know the music off by heart,  will you be ready to interact with the band and bring the compositions to life,  in a studio setting.

When musicians perform in a studio situation, they must reproduce the live feel in an altered context. In the studio you will hear yourself softer than in a live setting and in most of the cases, for the benefit of a good sound, you are separated from your other musicians and do feel isolated.  For that reason, the more you know your parts the better you will be able to vary, improvise and create on the go the live band sound. Thanks Alphonso Johnson for proving  to be more than a legend both on electric and upright bass.

We are here for you 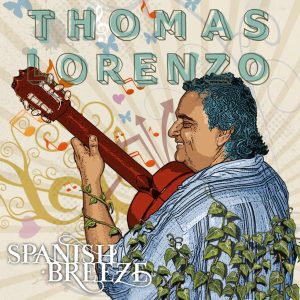 During the recording of one of the tracks called Belleza de Agua Dulce I felt a bit uneasy about the interpretations of the band and was not able to express my concerns in a gratifying manner. That is, I complained.

Alphonso looked at me and with true warmth from his heart he said Thomas we are here to help you and all you have to do is explain what you need and we will do our best to make sure you take home the tracks your really need for your music.

And….. I did. If you would like to know more about How I play the guitar and how I share this knowledge please visit my training site and also my online shop for guitar training.