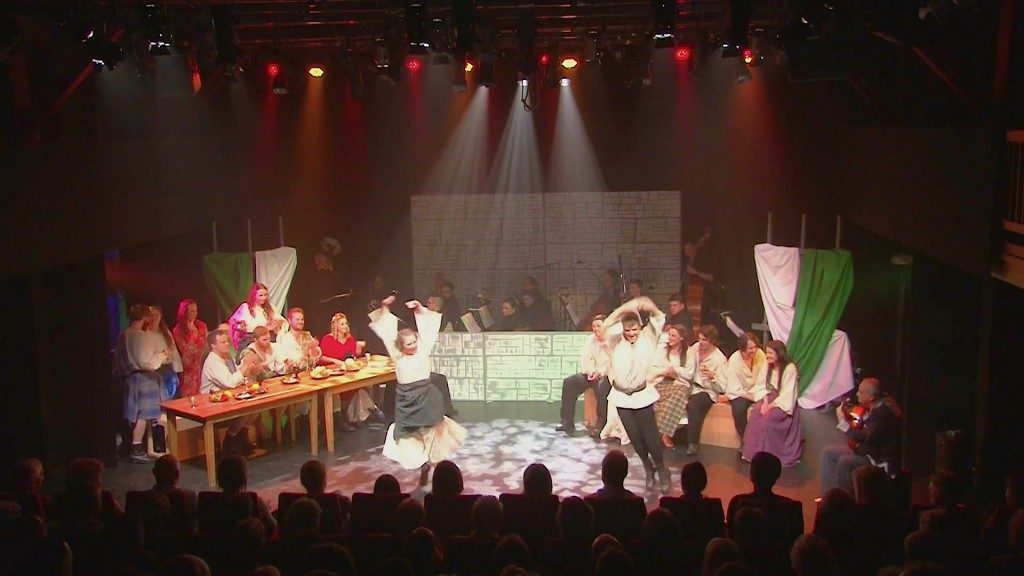 On October 1, 2, 3, 4 and 5 I performed at the Malthouse Theatre in Melbourne as cast and musician, (spanish guitarist ) in the musical: The Last Torch.

I represented one of the Marooned Spanish sailors from the shipwrecked Armada Invincible, that was partially washed up on the coast of Island.

As a consequence of the shipwreck, I had to crawl on stage, re enacting the beach wash up, coughing spasms, hypothermia trembles and the shock to see men in skirts speaking in a foreign language trying to hug me.  Quite disturbing, for a Spanish sailor who was about to invade England !

Anyway, the Irish rescuers saw me, hugged me (in skirts ) and escorted me to the my seat on stage where I had a guitar waiting for me. I thus joined the rest of the musicians who had not washed up on shore and were nice and comfy in their warm seats, surprised but happy to see a white haired sailor joining them for a play.

The whole show was quite amusing. My role as a musician was to add flamenco touches to the the overall musical.

Actually, I was also a cast in one more scene playing some Spanish background music during a party scene. Yes we Spanish guitarists are the best at parties .

The highlight of this party scene was a spontaneous dance performed by one of the Spanish that washed up on the beach showcasing Spanish dance to the Irish which were very quick to pick it up.

The party scene ended up with all the cast throwing at each other bread, which was quite hard or stale, forcing me to seek quick lightning refuge behind the stage curtains, avoiding direct bread hits on my unique flamenco guitar.

Once the bread storm had ceased, I was able to sneak back into my stage seat with the orchestra, fighting my way through cables and, annoyed back stage sound crew .

During the rest of the show and concert, I was happily seated on one corner of the orchestra, dancing along with my fellow musicians, and reading through the display of musical notes of a two hour musical show.

Once again I perfected the classical guitar skills of running away and protecting my flamenco guitar from atmospheric phenomena. I now do understand why musicians need insurance in Australia.

I do hope these roles do not become my artistic speciality even though overall they do represent an exciting experienc,e unavoidably adding fury to my regular guitar playing and guitar lessons.