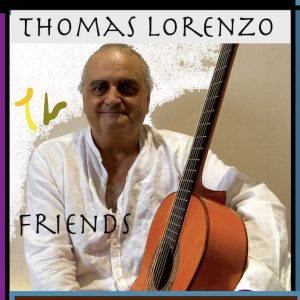 This song represents part of the traditional folklore, from the South of Spain. The style is that of Buleria al Golpe, also known as Buleria por Solea. However, this particular production, how I interpret the melody and the accompaniment, follows an even more popular interpretation of flamenco.

I first heard this flamenco interpreted by vocals, and accompanied by the flamenco guitar. I fell in love with the song, and decided to arrange and produce an instrumental version of this flamenco composition and style Buleria al Golpe

This form of Buleria is extremely rhythmic and intense. The main difficulty I encountered in this music production, was to maintain the vigorous intensity of the original rhythm and melody, but both performed only on one solo guitar.

How did I produce the song

I produced this song, by first memorising the original vocal line, and playing it in a manner, where the groove of the Buleria al Golpe would still be heard. Afterwards, I added the necessary chords to reinforce the melody. I played  the song for actually quite a few months, until I was happy with the arrangement, and all the variations I would come up with;  to maintain the intensity of the song as I played along.

Once I was satisfied with the musical outcome, it was only a matter of setting up the mic in my recording studio, and 3 minutes later it was done, and ready for mixing and mastering.

I am very happy with the final production, and especially with the slow process I undertook, to make sure the original character of the buleria al golpe was maintained.

The song is recorded live in my new recording studio. The advantage of my studio, is the room sound that adds a rich spacial colour to the sound of my Conde Guitar.

I recorded the guitar with a condenser mic, positioned at around 40 cm from the guitar soundhole. The result is that of this vast timbre, that I have never encountered before, in any of my recordings.

A flamenco guitar vibrates through all its structure. I have been playing this flamenco guitar for over  2 years and every note, just makes the whole guitar sing and weep. When I am able to record the guitar, with the microphone positioned at the sweet spot, that captures the overall spectrum, is when I am able to capture all nuances and dynamics of my performance.

I first heard this song,  sung by the Melbourne local flamenco legend: Angel Mellado. During the last year 2017,  he has been one of my favourite guest artists, at my regular Melbourne Concerts.

Angel arrived in Australia in 1950, and brought with him musical traditions from Spain, that now have seem forgotten,  in the home land.  His form of playing flamenco is apure expression of folklore. Contemporary flamenco, may sometimes become very Baroque, in relation to extreme unnecessary ornamentations. When I heard him sing the song, in the style of Buleria al Golpe, I finally understood how poplar music was played in the 50s,  and how it has evolved in to contemporary sophisticated pieces of music.

I personally prefer the tradition, as it is closer to the hearts of all locals, as sophistication can sometimes make some forms of music unaccessible .

After performing a few times live the song at my Melbourne Concerts,  I finally decided to produce an instrumental version at my recording studio here in Melbourne.

I have been working during this last year on 6 new single guitar releases. All these music productions, represent a true musical reflection of encounters, with unique people in my travels through Australia and Spain.

Some encounters are a mature consequence of friendship; others a pure coincidence. In all cases, what I truly treasure most, is the warmth and joy that springs up in me, when two people are willing to share who they are,  in a satisfying manner.

I will be performing all these new guitar tracks throughout my upcoming Australian Tour, Melbourne concerts and events.  Please sign up for my newsletter to keep up to date on, when and where I am performing.

In all concerts, I will have the pleasure of sharing the stage with my favourite artists: Angel mellado on vocals and Ben Robertson on Bass.

These musical productions are only part of work I am developing at present. I have recently finished my private recording studio, which now allows me to produce pro quality guitar tracks, for online international delivery.

I love to collaborate in musical productions,  where I can work on the foundation of the tracks, and add the most expressive accompaniment for the production, I am hired to work on.  Flamenco music and guitar playing,  develops in all those who perform it, a profound understanding of rhythm and harmony;  a simple C chord is no longer a static sound to be played. It is a new world , where to create tension and release;  by reharmonisation, changing bass lines,  adding silence intense rhythm and spareness.

These traits make up the beauty of flamenco guitar, and I simply adore bringing them to life, in all those musical productions I get hired to work on as a session musician and guitarist.

What do you look for in the mix and how do you achieve such ?

In this mix, I chose to use minimum compression and to enhance the natural room sound of my studio.  The Conde Guitar and the mics I use, generally do not need any extra colouring through eq in the mix as they sound just good on their own.

In the mastering process,  we  boosted  3db mid frequencies, an increased by around 9 db, the overall relative loudness of the mix. I did not want to achieve more loudness, since this would reduce the dynamics of the listening experience. The flamenco guitar, creates great dynamics, and when you are able to heard them and feel them,  you are then able to enjoy the performance as I do.

This track is called Friends.  I have chosen to cherish a privilege we all have in life, that helps makes our lives worthwhile. Friends may give you and me, unconditional support based on true mutual respect and love. I believe friends are our chosen family.

Friendship creates in me, total warmth and serves to further fire up my creativity, as a reflection of my existence. Long live friends. Let us cherish them, with the upmost delicate love.

This album can be downloaded from I Tunes and most digital downloaded services. It can also be streamed on Spotify and Google play.

However,  I have a special gift for all readers and fans. Subscribe to my you tube channel and  you will get this track for free, in  full high quality 16 bit 41 khz wav file: to enjoy the full dynamics of this Flamenco Guitar track.

At the Creative Guitar  School,  I offer flamenco guitar courses that develop an in depth understanding,  of the nylon string guitar, the Classical or Spanish guitar in this idiom.